Highlights of this season include Sergey’s residency at the BOZAR, Brussels which includes a pair of recitals and concert with Orchestre National de Belgique and Hugh Wolff. He also performs with the Netherlands Radio Philharmonic Orchestra with Stanislav Kochanovsky, Orchestra della Svizzera Italiana and Gulbenkian Orchestra with Lorenzo Viotti, Bamberger Symphoniker with Ludovic Morlot and Rotterdam Philharmonic with Valery Gergiev, as well as at the Teatro alla Scala Milan under Myung-Whun Chung. Sergey also embarks on a tour of the US and Europe with Alisa Weilerstein and Inon Barnaton with a programme titled ‘Transfigured Nights’ featuring the music of Beethoven, Schoenberg and Shostakovich.

Last season saw Sergey’s debuts at the Aspen Festival in Colorado, the Elbphilharmonie Hamburg with the Hamburger Symphoniker and at the Salzburger Festspiele performing Beethoven’s Violin Concerto. Re-invitations included the Finnish Radio Symphony Orchestra and Pietari Inkinen, Orchestra dell’Accademia di Santa Cecilia, Rotterdam and Royal Flemish Philharmonic Orchestras, St Petersburg Philharmonic with Yuri Temirkanov, and the Cleveland Orchestra under Jakub Hrusa . Other recent projects include a tour of Japan with the Nippon Foundation and in 2014/15, Sergey performed Beethoven’s Violin Concerto at the Lucerne Festival with the Vienna Philharmonic and Gustavo Dudamel as the latest recipient of the Credit Suisse Young Artist Award

Sergey’s most recent appearances in the US were with the Seattle Symphony (Ludovic Morlot) and National Symphony Orchestra (Washington) (Vasily Petrenko). He has also visited the New York Philharmonic, Boston Symphony, Philadelphia Orchestra, Cleveland Orchestra and San Francisco Symphony as well as the Ravinia, Blossom and Mostly Mozart Festivals

The Brahms CD was released in June 2013 on Naïve Classique. Sergey’s discography on the label also includes the Sibelius and Khachaturian concerti with Sinfonia Varsovia and Emmanuel Krivine, both Shostakovich concerti with the Orchestre National de France and  Kurt Masur, a recording of the Shostakovich and Franck sonatas for violin and piano and the complete Sonatas and Partitas for solo violin by J.S. Bach.

In 2015 Sergey and Lusine released the album ‘My Armenia’, a disc of Armenian music from Komitas till Mirzoyan, which is dedicated to the 100th Commemoration of the Armenian Genocide. 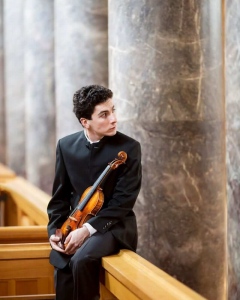 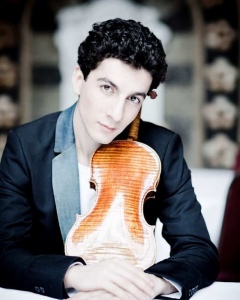 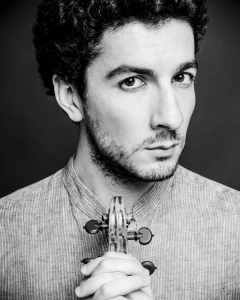