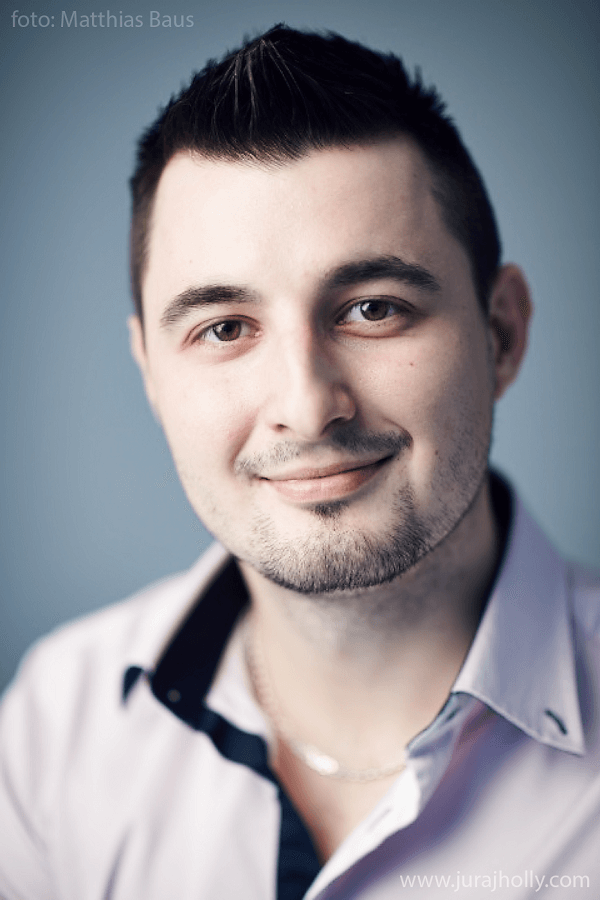 Slovak tenor, Juraj Holly, graduated from the Music Academy in Bratislava. His first appearance on the opera stage was in 2010 at the Wiener Kammeroper as Gernando in Haydn’s L’isola disabitata, followed by many other engagements in the coming years at Ostrava Opera, at the State Opera in Kosice and at the National State Opera in Bratislava. 2011 he got invited at the Festival of Polish Music to interpret the role of Paolo Monti in Poniatowski’s Pierre de Medicis.

Starting from the 2013/14 season he was for four seasons member of the ensemble at Theater Koblenz where he could build up a wide range of repertoire: Conte Almaviva in Il barbiere di Siviglia, Tamino in Die Zauberflöte, Narraboth in Salome by Richard Strauss, Nemorino in L’elisir d’amore, Ein Sänger in Rosenkavalier, Freddy in My Fair Lady and others. During this period, he was often guest at the State Opera of Prague and the National Theatre of Bratislava, singing Ferrando in Così fan tutte, Conte Almaviva in Il barbiere di Siviglia and Tamino in Die Zauberflöte. Furthermore, he was an outstanding Tamino in Die Zauberflöte in the Japan Tour 2016 of the State Opera of Prague. After a very successful summer production of Eugene Onegin (Lenski) in 2017 at the Zommeropera Alden Biesen in Belgium, he started his season at Theater Lübeck where he earned a great success as an outstanding Tamino in Die Zauberflöte, and a marvelous swan in Carmina Burana, furthermore singing Cassio in Verdi´s Otello and again the role of Conte d’Almaviva. In July 2018 Juraj Holly made his debut as Don Ottavio in Don Giovanni at the Mannheim National Theatre. In the season 2018/19 he will perform there Duca in Rigoletto and Prince in The Love for the three Oranges. As a concert singer Juraj Holly was invited to perform Mozart’s Requiem in Japan and Singapore under the baton of Thomas Hengelbrock. During the 2011 European Heritage Awards ceremony he performed the title role in Liszt’s Don Sanchez at the Concertgebouw in Amsterdam under Placido Domingo. 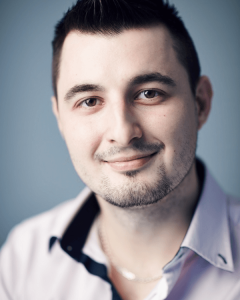