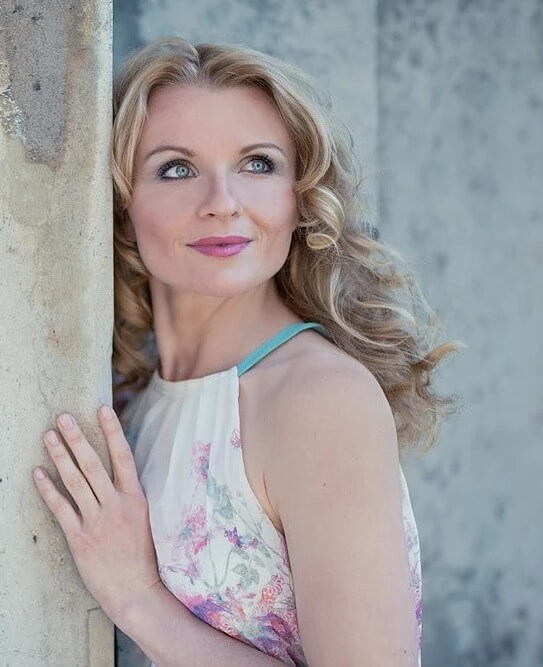 Jana Kurucová was born in Slovakia and started her music education in church music, composition, organ, orchestra conducting and singing at the Conservatory J. L. Bellu in Banská Bystrica. In 2002 she received a grant for the University for Music and Drama in Graz and made her operatic debut in The magic Flute (‘Second Lady’) and La Finta Giardiniera (‘Ramiro’). In the season 2005/2006 she became a member of the Young Artists Program of the Bayerische Staatsoper in Munich. From 2005 to 2009 she had been a part of ensemble of the Theater Heidelberg and interpreted the roles of Cherubino (Le nozze di Figaro), Charlotte (Werther), Sesto (La clemenza di Tito), Idamante (Idomeneo), Rosina (Il barbiere di Siviglia), Ramiro ( Montezuma), Megacle (L’Olimpiade), Lucio (Tito Manlio).

Since the season 2009/2010 she is a member of the ensemble of the Deutsche Oper Berlin, where she sang in Il Barbiere di Siviglia and Le Nozze di Figaro. She furthermore performed as Fenena in Nabucco, Hänsel in Hänsel und Gretel, Flora in La Traviata, Zerlina in Don Giovanni, Mélisande in Pelléas et Mélisande.

In the season 2011/2012 she had a great personal success in the role of Cherubino at the Deutsche Oper in Berlin as well as at the Teatro de la Maestranza in Siviglia under the musical guide of Pedro Halffter, and in Karlsruhe. In the role of Idamante in Idomeneo was she at the National Theater of Prag.

Suzuki in Madama Butterfly, Maffio Orsini in Lucrezia Borgia (alongside Edita Gruberová), Fenena in Nabucco, Meg Page in Falstaff, Zerlina in Don Giovanni in Berlin and at the Teatro Petruzzelli in Bari (conductor Roberto Abbado). 2012/13 at the Deutsche Oper Berlin she sung the role of Fuchs in Das Schlaue Füchslein.

In the season 2013/14 she made her successful debut as Cherubino (Le nozze di Figaro) at the Opera in Beijing, and recently her most successful debut as Donna Elvira (Don Giovanni) at the Deutsche Oper Berlin and at the Opera Oslo, as well as an outstanding role debut, enthusiastically acclaimed by press and audience, as Romeo in Bellini’s I Capuleti e i Montecchi in a concert production at Klangfestival Dortmund, followed by her equally successful debut at the Semperoper Dresden as Rosina (Il barbiere di Siviglia). In addition to her further performances at the Deutsche Oper Berlin.

In 2014/15 she sang her first Elisabetta (Maria Stuarda) in Ostrava, as well as Carmen (title role) and Donna Elvira (Don Giovanni) in Prague and Bratislava. In 2016 came for the first time the role of Sesto (Giulio Cesare) at the Semperoper Dresden and she did her debut as Marta (Boisto´s Mefistofele) at the Festspielhaus Baden-Baden. In 2017 she sang her first Dorabella (Cosi fan tutte) at the Deutsche Oper Berlin and she did her house debut at the New National Theatre in Tokyo as Cherubino (Le nozze di Figaro). In May she sang the role of the Isolier (Le comte Ory) alongside Lawrence Brownlee and Jessica Pratt at the Musikfestival Klangvokal in Dortmund. In September she sang with Christine Opolais, Richard Samek and René Pape Dvořák’s Stabat Mater at the Dvořákova Praha Festival. By the end of the year she sang Rosina in Il barbiere di Siviglia at the Semperoper Dresden and Bratislava, the role of the Elisabetta in Maria Stuarda in Banská Bystrica. She performs at the Svátky hudby v Praze Festival in the Rudolfinum Hall in Prague, as well as at the Christmas concert in the Reduta concert hall in Bratislava.

​In May 2018 she was Martha in Boito´s Mefistofele alongside Joseph Calleja and Erwin Schrott at the Bayerische Staatsoper in Munich and she sang the role of Elisabetta in Donizetti´s Maria Stuarda alongside Diana Damrau and Javier Camarena at the Deutsche Oper Berlin where she also gave her debut as Siebel in Gounod´s Faust. 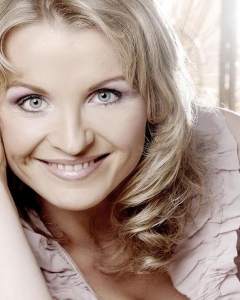 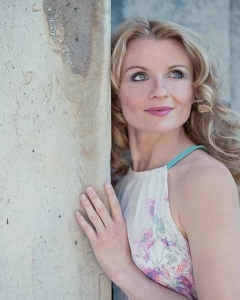